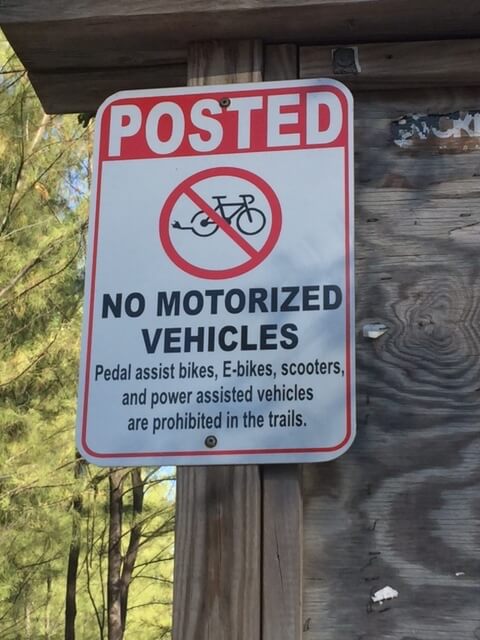 One small spin for an ebike, one giant leap for mankind.

Today, the Department of Interior released a Secretarial Order relating to the use of electric bicycles, or e-bikes, on all Department lands, including lands under management of the National Park Service, the Bureau of Land Management, the Fish and Wildlife Service and the Bureau of Reclamation. The Secretarial Order directs those agencies to conform to the policy that e-bikes shall be allowed where other types of bicycles are allowed, to the extent existing regulations allow. This is a positive development for the use of electric bicycles, and will ultimately enable the Department to provide better bicycling experiences for more Americans.

This Secretarial Order reflects the three-class e-bike system that has been widely adopted by state governments, and is understood and supported by the bicycle industry and e-bike owners. It also provides a broad framework for agencies to follow when adopting new rules for e-bikes, bringing their regulation closer to that of traditional bicycles. PeopleForBikes looks forward to a thorough stakeholder engagement effort that will help each agency create logical, consistent and easy to understand policies for electric bicycles.

BULLS, as an active member of The Bicycle Product Suppliers Association and PeopleForBikes, salute and celebrate this victory.